How do Chit Funds work? 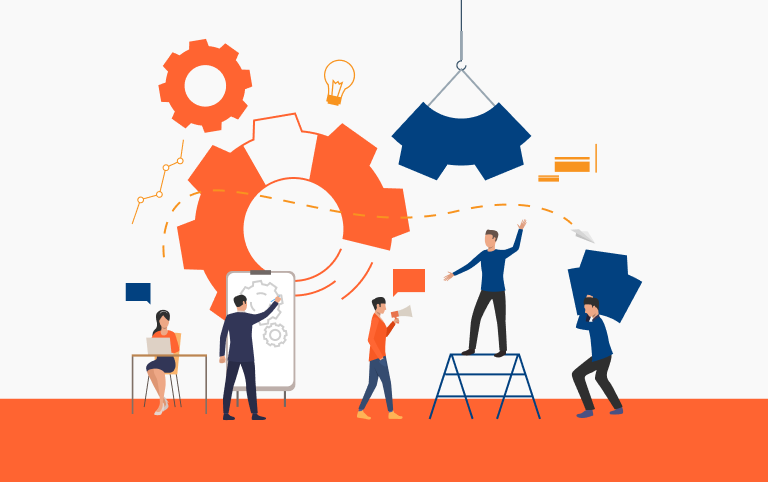 Let’s delve into the stories of two people, Rohan and Arjun.

This is Rohan’s Story:

Rohan aspires to be an entrepreneur.

He wishes to start an online retail business of his own where he can sell tees designed by various artists. But to start this, he’ll need a seed capital of at least 3 lakhs to invest in the printing machines and branding the company. He considered Banks to apply for a Business Loan but soon realized that the process of getting a loan approved was not only a herculean task but the interest rate was quite high as well.

He even considered looking at some promising government start-up schemes but most of them needed valid project reports or he was asked to mortgage his business property or company assets.

This is Arjun’s Story:

Arjun on the other hand works for an MNC.

He is doing considerably well and aims at deriving as much experience as he can while working there. With the money he makes, he is looking at several options where he can not only successfully save but sustainably grow his savings as well. As his job is pretty hectic, he does not have the time to consider investing in stocks. He’s also sceptical about investing in Crypto considering how the market crashed after China banned it.

Hence, he thought of saving in an FD but the rate of interest was too low for him to accrue any benefits from his savings. Moreover, there are penalties he would have to pay if he wanted to withdraw before the stipulated time period. He was looking for a more flexible option to save.

There is one financial tool that can benefit, both Rohan and Arjun.

This financial tool has the legacy of being birthed in India and having survived since times immemorial. It is a particular form of saving/funding where you can borrow from your future self or earn for your future self. It is none other than Chit Funds.

Yes, Chit Funds is a rotary savings scheme from which you can borrow or invest based on your needs. The best part about it is that they are absolutely stable and are not prone to market fluctuations. In fact, investing/funding from a 100% digital, legal, registered, and regulated Chit fund like myPaisaa is beneficial. As you can sign up and complete KYC digitally, manage your chits on your App, take part in e-auctions, and bid from the comfort of your home.

So let’s understand how both Rohan and Arjun can benefit from Chit Funds.

Rohan can join the 3 lakh Chit Plan which is called the Zyada Save. All he has to do is contribute Rs 10,000 every month for about 30 months. In the meantime, he can participate in the Live auction and bid to win the chit in the first month itself. This means that Rohan can earn up to 95% of the chit value in one shot! Yes, the remaining amount will serve as the commission money that myPaisaa will charge and as the monthly dividend of Rs 2,800 that will be received by all members of the chit group.

In this manner, Rohan can acquire the entire amount he needs with immediate effect, hassle-free. He can continue paying Rs 10,000 every month as his contribution to the fund for which he’ll continue receiving Rs 2,800 as his monthly dividend as well.

Arjun on the other hand can also join the 3 lakh chit fund where he can choose to bid and take the amount towards the end of the term period. This means, that he can accrue 10% interest, that is about Rs 30,000 by the end of 30 months for having contributed Rs 3,00,000 on the whole. Hence, for investing 3 lakhs for 30 months, he’ll end up making Rs 3,30,000. Hence, making it a fruitful investment.

When it comes to saving wisely or borrowing heartily, a trustworthy and reliant chit fund can always come to your rescue.

So start your savings journey with myPaisaa today!