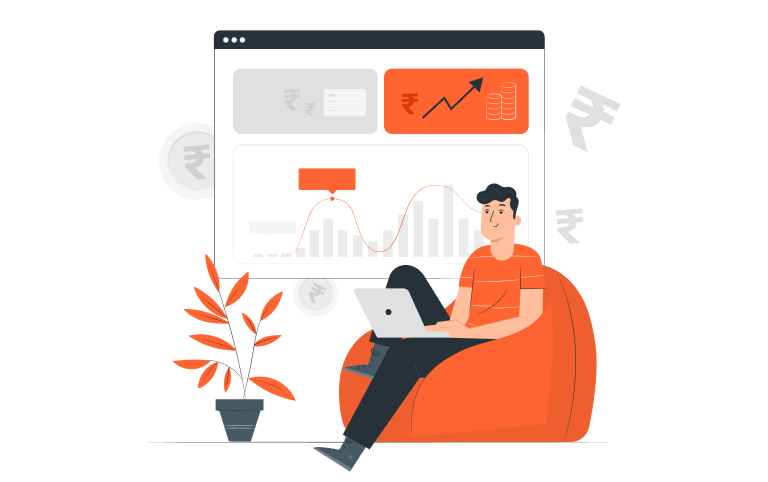 “If you don’t find a way to make money while you sleep, you will work until you die.”

From wearing activewear to pursuing an active lifestyle, the world today sure does advocate the word “active”.  On the contrary, the world equally advocates the word “passive” as well when it comes to income. Uncertain times like now, are testament to the forethought of having more than one source of income, like earning passive income.

So let’s understand the best ways of earning this automated source of revenue.

In the most simplistic sense, a bond is a loan taken by an entity/company instead of borrowing from a bank. In exchange for the bond, the entity pays a certain amount of interest. There are several types of bonds that are issued. They’re issued by the Central Government, State Government, and even Corporates. Government bonds are said to be the safest as they carry no credit risk. They’re undoubtedly considered to be the safest form of investment as you get to earn interest periodically and the principal amount on maturity.

Government Security or G-sec bonds with a maturity of less than a year are also called Treasury bills. According to Forbes, ICICI Prudential Gilt Fund, SBI Magnum Gilt Fund, and HDFC Gilt Fund are some of the G-sec popular bonds one can invest in.

Esops are a strategic way of strengthening the ties of employees with their respective companies. Employee Stock Ownership Plan or ESOPs give employees an ownership interest in the company. Through a share option plan, employees acquire shares in the company and receive various tax benefits as well. A plethora of Indian startups are rewarding employees with ESOPs like Licious, Wafefit, and PhonePe, including ourselves to name a few. While this motivates employees, it inadvertently reflects in the proliferating share value of the company. Thus, serving as passive income.

Fixed Deposits (FDs) and Recurring Deposits (RDs) are sources of passive income one can literally bank on. A fixed deposit is where you can invest a certain sum of money for a period of 7 days to 10 years. After the maturity date, you receive the principal amount along with the interest earned which usually ranges between 4.75% to 7.5% depending on the bank.

While the interest one receives is not more than 5-6% it sure is a secure source of income. A term deposit offered by Indian Banks, called RD is an investment-cum-savings tool. When you make regular deposits of a fixed amount every month to your RD, on maturity, you receive the amount saved along with the interest it has accrued. The interest rate varies from 4% – 8% while their term period ranges from 6 months – 10 years.

Be it Crypto or stock, investing even in just a fraction amount can be lucrative. Yes, it may seem bleak to think about how you cannot own a bitcoin entirely considering it now costs over $46,000. Thankfully, you can tap into the fraction of its potential with fractional investing. Although conformity cannot be guaranteed, if the price of your share/bitcoin rises, even the value of your investment will increase proportionally.

You can also earn passive income by investing in a digital chit fund. It is a type of rotating-saving scheme that has existed in India since times immemorial. Although now, this age-old concept of chit funds has been given a digital face-lift. Yes, digital chit fund Apps like myPaisaa seamlessly handle operations that once consumed umpteen time and resources.

Chit Funds have not only been reformed technologically but they’ve been regulated too by the Government. Once you find a credible chit fund, you basically contribute to the chit fund month-on-month and use it as a savings tool that garners interest or you can bid and utilize the entire chit amount based on your needs. The best part is that it gives an interest of 10% which is way more than what a bank can offer. In fact, you can start your Savings Journey with myPiasaa, India’s Trusted Digital Chit Fund App that charges a 2% commission* only.

As you can infer, there are quite a lot of ways to compound the money you earn by investing wisely. Hence, do your due diligence, set the seal on what works best for you, and set foot into the land of passive income.

Are you ready to invest in online chits? Start your online savings journey here!